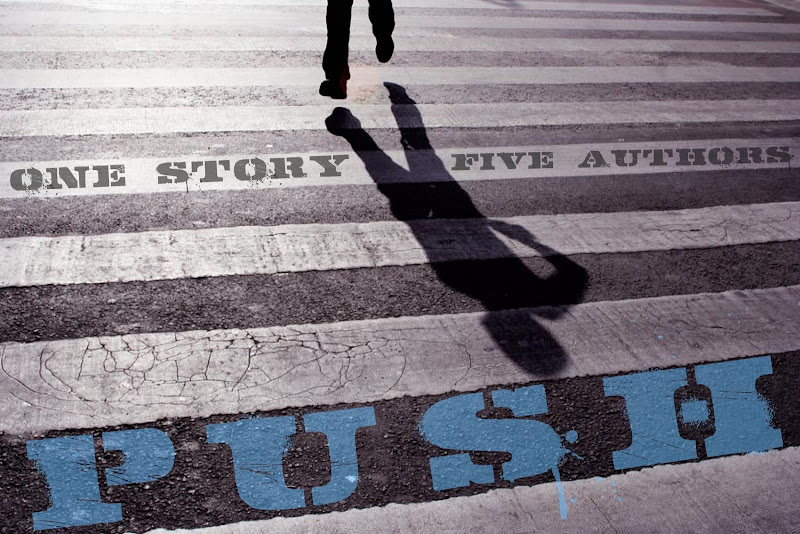 What is a String-Along Story?

Remember when?  Do you remember writing stories when you were bored in Algebra?  You'd write one sentence and pass it to your friend, who would write the next sentence and then she'd pass it to the next peep and eventually it would come back to you and it would go around until you had one complete (usually absurd) story.  That's the idea with the String-Along Story.  Several writers, one story.  We set a rotation of authors, the first author writes a chapter and passes it on and so on and so on.  The only difference is we think we can write something non-absurd.  Guess we'll know when Push reaches its resolve.

What is Push about?

Synopsis.  Officer Peter Krite has been waiting for justice to prevail in the case of his family, who were slaughtered in their home.  Unfortunately, the case has been cold... until now.  One Friday evening, while waiting for the bus, Krite receives a text message from an unknown number identified as Paxton.  The message says, "if you want to know who killed your family, you'll do as i say and to the letter."  Assured its a trap, but not willing to let the lead get away, he starts his journey to find the killer.

Who is writing Push?

When it's done, then what?

Publish.  Push will be published through Lulu, and made readily available on the Bookshelf.  It will be the first Emerald Dragon book, but we hope to do more.  So please, hang around and join the projects.  And get involved.